Mombasa is a melting pot of various cultures and areas, with Arabic culture heavily influencing the city’s food and architecture. Its history dates back over 2,000 years, and it is Kenya’s second largest city.

Mombasa was originally known as Mambasa by Arab traders in the 11th century, and it was a major trading hub for ivory and slaves. The tusks on Moi Avenue, which commemorate Queen Elizabeth II’s visit to the town in 1952 and provide a lovely backdrop for photographs, are one of the many fascinating cultural attractions on this coastal island. The Mombasa Old Town, with its fascinating architecture, sculpture, and curios, is close by. A stroll through its winding, narrow streets transports you back in time centuries.

The island’s most popular attraction, however, is Fort Jesus, which was designed by the Portuguese in 1953 and overlooks the Indian Ocean. It was designed by an Italian architect named Jao Batisto Cairato and occupied by the Portuguese and Onami Arabs before being used as a jail by the Kenyan government shortly after independence. After naming Fort Jesus a historical monument, the government opened it as a museum in 1962. The museum displays coastal people’s history as well as geological and historical excavations from the coast.

Places to Stay at Mombasa 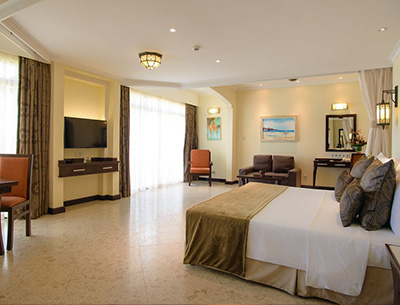 Be it a family holiday with children, beach wedding, honeymoon, business meetings with a difference or special interests like deep sea diving or fishing, Sarova Whitesands Beach Resort & Spa has something special for everyone. 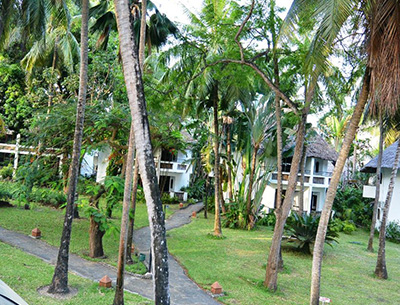 The Severin Sea Lodge is located on Bamburi Beach directly on the Indian Ocean and is lovingly designed in the traditional African style: the round bungalows, the main building and the two swimming pools are embedded in a beautiful palm garden. 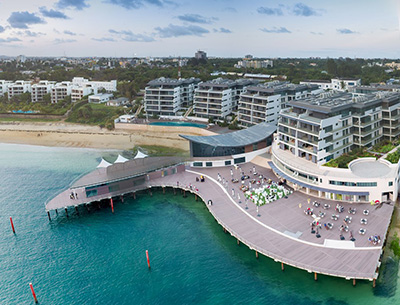 With 26 luxury bedrooms (all en-suite) and 26 Luxury suites not to mention the Executive suites and penthouses to stay in it is the height of decadent living. 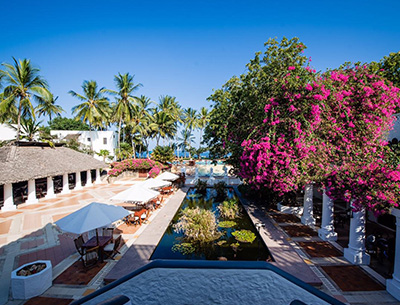 Serena Beach Resort and Spa offers the ultimate tropical paradise. Treat your palate to a superb selection of of a la carte seafood dishes at the Jahazi Grill which is set on a beach and styled to resemble an Arab dhow.