Uganda is a lush and fertile country with spectacular scenery & abundant wildlife, thereby justifying its description as “The Pearl of Africa.” The country is landlocked and is bordered by Kenya to the east, Tanzania to the south, Rwanda to the north, The Democratic Republic of the Congo to the west and South Sudan to the north.

Despite its relatively small area (241 551 sq km) Uganda has some of the friendly people on earth as well as remarkably diverse landscape – the Kigezi highlands (commonly referred to as the “Switzerland of Africa”), the legendary snow-capped Rwenzori  Mountains, dense tropical forests, rolling savannah, freshwater lakes, and breathtaking waterfalls on the River Nile.

Visitors to Uganda can enjoy many outstanding attractions such as: the numerous National Parks and Wildlife Reserves which provides uncrowded viewing of the varied animal, bird and plant species; the source of the River Nile where it begins its 3000 kilometre journey to the Mediterranean Sea; the extremely rare and endangered mountain gorilla in the Muhavura Range; the spectacular Murchison Falls on the River Nile; and the famous Rwenzori Mountains which provide challenging climbing expeditions.

Any visitors seeking to enter Uganda  is subjected to a valid passport  (with an enquiry date extending 12 months beyond the date you intend to leave). Visas are necessary for all visitors; however nationals of certain countries are issued visas free-of-charge on arrival (please check prior to departure). Visas can be obtained at any Ugandan Embassy or high commision; they can also be bought on arrival at Entebbe Airport or applied online at a cost on the Uganda Immigration Department website (www.ugandaevisagov.com) for an evisa. The Single-entry visa is valid from the date of issue and Multiple-entry visa is valid for either six or twelve months of the date of issue.

Inoculation against yellow fever is only required if visitors are arriving from an endemic area, however, we strongly recommend our guests to have a yellow fever certificate since Uganda is considered to be a yellow fever risk area. Inoculation against Cholera is recommended as are anti-malarial medication and precaution. For short trip ensure you’ve been vaccinated against tetanus, polio, diphtheria, typhoid and hepatitis A and for longer trips of more than a month, we strongly advise you consult a specialist travel clinic.

The official language is English; Luganda and Kiswahii are widely spoken; may other languages and dialects are also used locally.

The three official religion practiced in Kenya include: Christianity, Islam and Hinduism with the largest population being christians

Uganda has a well developed communications system for both domestic and international services. Telephone, fax and internet services are widely available. The country uses GSM network for mobile phones.

Kenya’s unit of currency is the Kenyan Shillings and its available in denominations of Ksh 1, KSh 5, Ksh 10, Ksh 20, Ksh 40, Ksh 50, Ksh 100, Ksh 200, Ksh 500 & Ksh 1,000. United States Dollar ($), British Pound (£) and Euro (€) are more easily exchanged than other currencies. Forex Bureau (bureau de change) tend to offer the best rates and most are open weekdays and Saturday mornings. Otherwise, out-of-hours foreign exchange facilities can be found in some hotels and at Jomo Kenyatta International Airport. Travelers’cheques will only be accepted at a few international banks; proof of purchase and your passport will be required. Major credit cards are accepted at some large hotels and good restaurants, though they are unlikely to be accepted elsewhere. Local currency can sometimes be drawn from ATMs.

Ideas for How to Experience Uganda

Below are some of our most popular Uganda travel experiences that have been suggested by our travel specialists. Each experiences features endless opportunities for adventures and breathtaking moments of discovery wrapped with warmth of people: 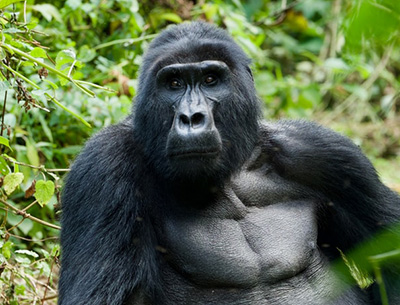 Gorilla Trekking
Of the few thousand mountain Gorillas that remain on earth, over half of them live in Uganda’s Bwindi Impenetrable and Mgahinga National Park.

Chimpanzee Tracking
Uganda is one of the top places in the world to see  Chimpanzees, which are abundant in Kibale Forest National Park, the Budongo Forest and in Queen Elizabeth National Park 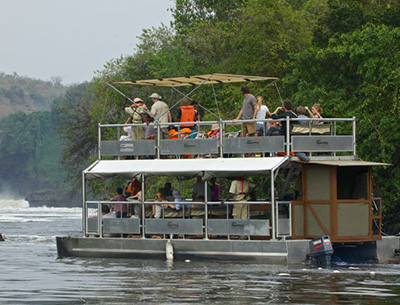 Boat-ride at Murchison Falls
Offering river cruises and guided walk, the Murchison Falls National Park ranks as one of the most exciting wildlife experiences Africa has to offer 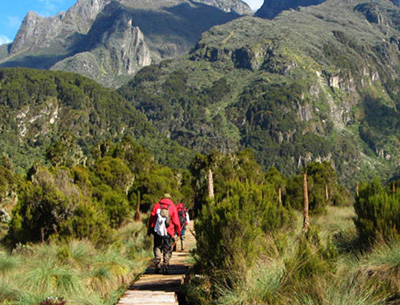 Hiking Rwenzori Mountain
The high points of the Rwenzori Mountains consist of seven individual massifs each with a number of separate peaks which remain permanently snow and glacier covered.