Kibale Forest National Park is best known for its number and variety of primates, which include Uganda’s largest population of chimpanzees. An estimated population of about 1450 chimpanzees have been recorded at this largely forested park, 795 sq km in area.

Other notable primates at this park include: the nocturnal bushbaby and potto; the L’Hoest’s Monkey, which is endemic to the Albertine Rift region; East Africa’s largest population of the threatened red colobus monkey; as well as Uganda’s only endemic monkey, the Uganda mangabey. This unique inhabitant of the park was identified as a distinct species in 2007. Other large mammals, such as elephant, buffalo and giant forest hog are present but are rarely seen. Gazelles are also resident of this park as well as over  372 species of bird including six that are endemic to the Albertine Rift region, namely black-capped apalis, collared apalis, blue-headed sunbird, dusky crimsonwing, purple-breasted sunbird and red-faced woodland warbler. Other ‘Kibale specials’ include the African pitta, green breasted pitta, black bee-eater, eastern nicator, yellow rumped tinkerbird, Kibale ground thrush, brown-breasted alethe, blue breasted kingfisher, Abyssinian ground-thrush and the crowned eagle.

These sample tours will give you an idea of what to expect when either traveling to Kibale National Park or how we incorporate Kibale National Park with the other destinations Uganda. Please note that the following tours are meant to inspire you since your safari will be tailor-made by our travel experts to fit your needs and preferences within this destination. 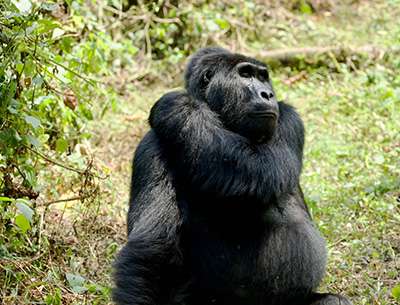 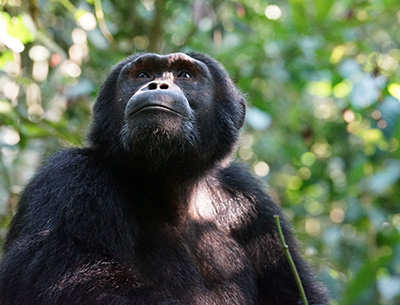 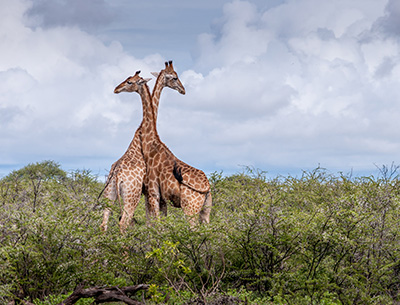 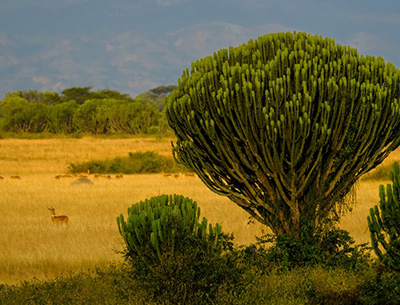 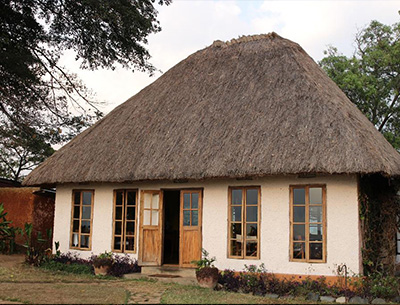 Ndali Lodge consists of 8 sleeping cottages and it is situated on the rim of an extinct volcano. It takes around 45-60 minutes to get from the lodge to the park headquarters of Kibale, which is your starting point for a chimpanzee trek. 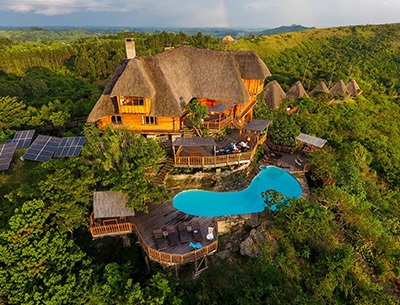 Offering nine exclusive cottages made from hand carved logs, Kyaniga Lodge is set against the stunning backdrop of Lake Kyaninga and the Rwenzori Mountains. 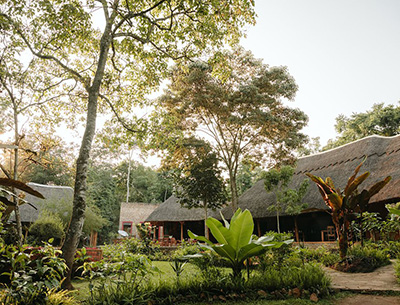 Primate Lodge in Kibale is an exclusive eco-lodge situated in the heart of Kibale Forest National Park. It is surrounded by a lush tropical forest that is home to 13 different species of primates, including the chimpanzees. 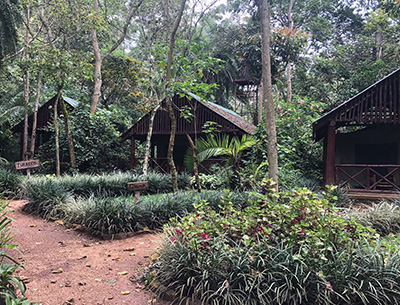 Kibale tented camp is located in a patch of evergreen forest, just outside the southern part of Kibale Forest National Park. It borders the Magombe swamp, known for the Bigodi Wetland Sanctuary and is a mere 10 min drive to Kanyanchu Visitor Center.