Ruaha National Park is the destination where wildlife game-viewing begins the moment visitor’s plane touches down on its airstrip. A pair of giraffe may race beside the airstrip, with a line of zebra parading across the runway in their wake as nearby protective elephant mothers guard their young under the shade of a baobab tree.

Wildlife in Ruaha is concentrated along the great Ruaha River that is the park’s lifeblood. The river is a torrent after the rains, dwindling to a few precious pools of water surrounded by a sweep of sand in the dry season. Waterbuck, Impala and the world’s most southerly Grants Gazelle risk their lives for a sip of water. The shores of Ruaha are a permanent hunting ground for lion, leopard, jackal, hyena and the rare and endangered African Wild Dog. Ruaha’s 8,00 elephants are recovering strongly from ivory poaching during the 1980 and remain the largest population in East Africa.

These sample tours will give you an idea of what to expect when either traveling to Ruaha National Park or how we incorporate Ruaha National Park with the other destinations in Tanzania. Please note that the following tours are meant to inspire you since your safari will be tailor-made by our travel experts to fit your needs and preferences within this destination. 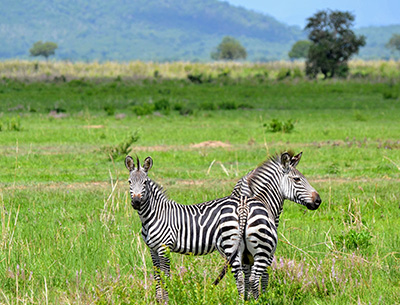 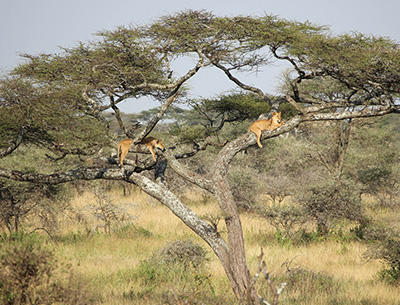 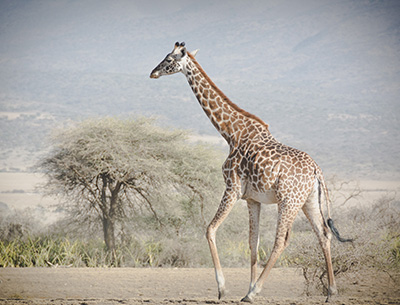 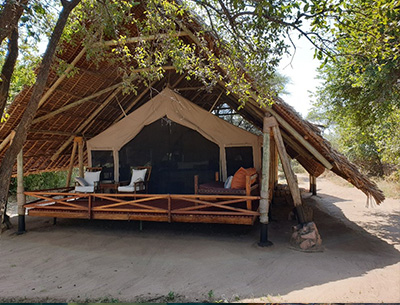 Jongomero is a luxury camp gloriously isolated under the magnificent shade trees, on the banks of a seasonal river in the remote southern sector of the Ruaha National Park 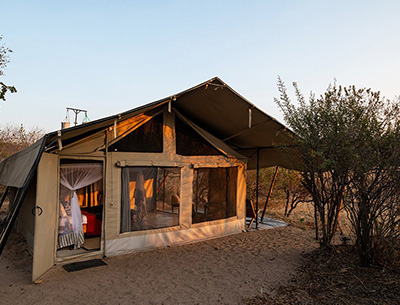 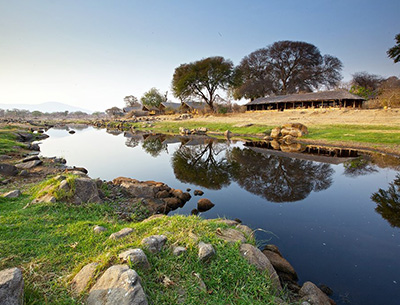 Built out of local stone and thatch, the lodge is built around natural kopjes and capitalises on it’s exceptional position on a bend in the river. 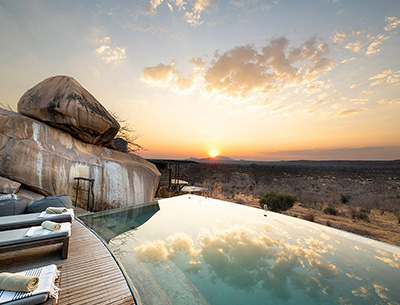 Set on a rocky outcrop overlooking the Mwagusi River and Ikuka escarpment, Jabali Ridge’s offers a relaxing feeling on the hammock on your wooden deck as you unwind with a book.