The Chyulu hills coil a sleeping dragon on the lion-gold plains of his treasure, a mythical land of black frozen lava studded with blazing red-hot poker trees; shoals of extinct volcanoes wreathed in thick forest abs hung with Spanish moss. Mount Kilimanjaro’s pink haloed peak rises to the vest, and all around are miles of dusty, dry Maasai land stalked by scarlet shrouded herders and dust plumed cattle.

The park includes about half of the forest area on the eastern flanks of the Chyulu Hills. The park boundary follows the lines of the peaks down the middle of the hills. The remaining western portion of the hills is owned by several Maasai Group Ranches and is part of the west Chyulu Game Conservation Area.

These sample tours will give you an idea of what to expect when either traveling to Chyulu or how we incorporate Chyulu with the other destinations in Kenya. Please note that the following tours are meant to inspire you since your safari will be tailor-made by our travel experts to fit your needs and preferences within this destination. 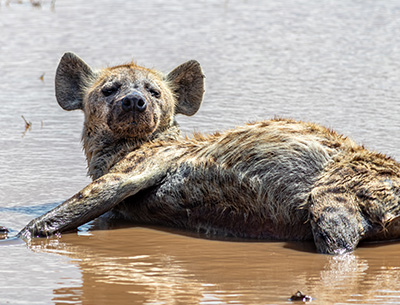 Our travel experts have checked and selected some of our highly recommended places to stay in Chyulu Hills National Park. 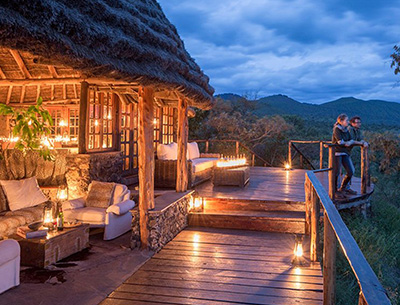 Resembling and named after Noah’s Ark, The Ark comprises of three decks from which numerous balconies and lounges provide a superb location for wildlife to be seen. 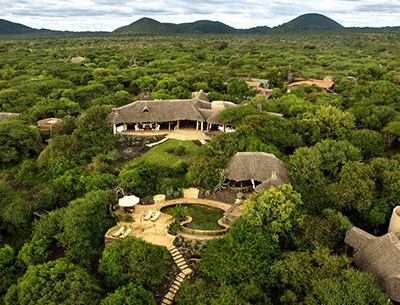 Ol Donyo Lodge blends contemporary design with the rich culture of the Maasai and it is designed so that each room has its own window ‘to the soul of East Africa:  looking out over the plunge pool, over the rolling plains and to Mount Kilimanjaro.