Serengeti National Park is the only pak in Tanzania that’s endowed with more than 6 million wildebeest that pound the legendary plains of the park each year. Triggered by the seasonal rains, more than a million wildebeest rutting season is a frenzied three week long bout of territorial conquests and mating, followed by survival of the fittest as the 40 km long columns plunge through crocodile infested waters on the annual exodus north.

Tanzania’s first and most famous park, the Serengeti is also renowned for its wealth of leopard and lion. The vast reaches of the park are a hiding place for the endangered black rhino and place for the vulnerable cheetah, alongside the park’s thousands of other diverse species, from the 500 varieties of bird to 100 different types of dung beetle. To search for the at-times elusive wildebeest migration, visit the serengeti from December to July to see predators. June to October are the best months.

These sample tours will give you an idea of what to expect when either traveling to Serengeti National Park or how we incorporate Serengeti National Park with the other destinations in Tanzania. Please note that the following tours are meant to inspire you since your safari will be tailor-made by our travel experts to fit your needs and preferences within this destination. 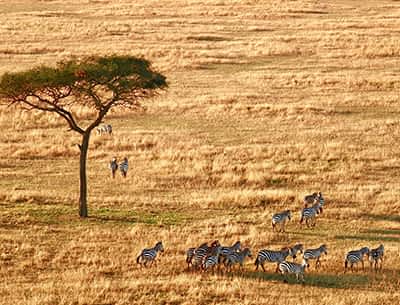 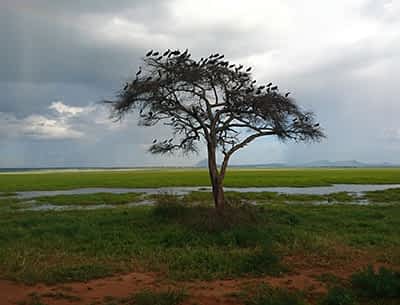 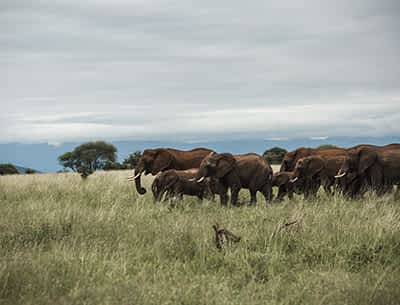 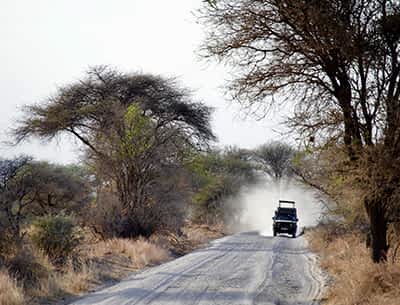 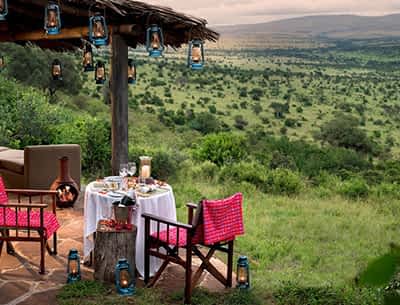 Boasting one of the finest views in Africa, Kleins Camp reflects the heart of this untamed land with a vintage safari style. The stone interiors of the guest areas open up to breathtaking panoramas, with open fireplaces to keep the chill away. 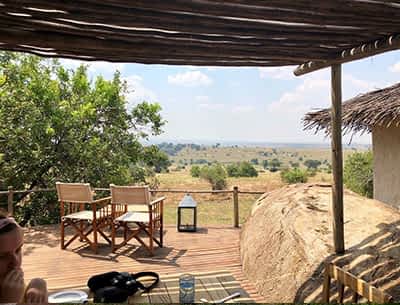 There’s never a dull moment at Lamai Serengeti. Its wedge, offer a bristling view with mammals all year round. 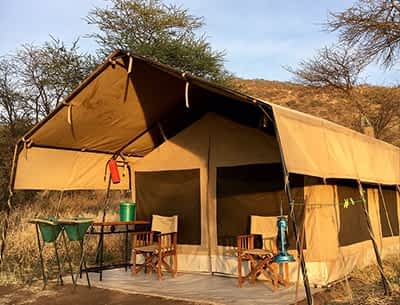 Designed to cause a minimum impact on the environment, Mara Kati Kati is a mobile camp strategically situated in north Serengeti, ideal for exploring the extensive Serengeti plains 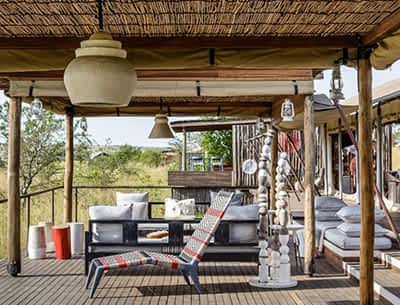 The camp’s remote and unspoilt setting in 98,000 acres of untouched wilderness in northern Tanzania includes access to some of the world’s most prized and private game-viewing opportunities 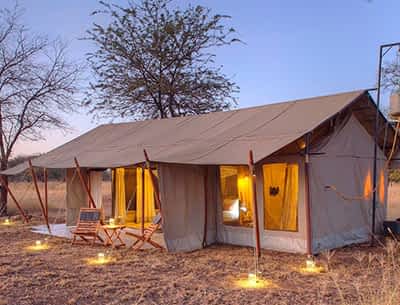 This traditional camp follows the herds of wildebeest from the dramatic river crossings in the north to the fertile grasslands in the south where the wildebeest give birth, we set up camp nearby to ensure you’re always close to the action. 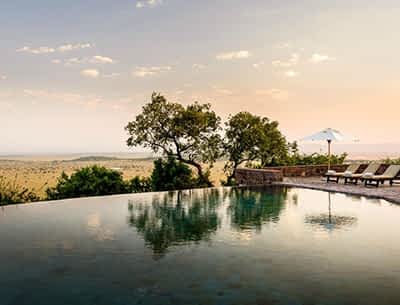 Singita Sasakwa Lodge features nine private cottages and a villa, each with its own infinity pool. Offering an unmatched vantage point of the endless grasslands, the lodge balances refined splendour and old-world sophistication with casual luxury. 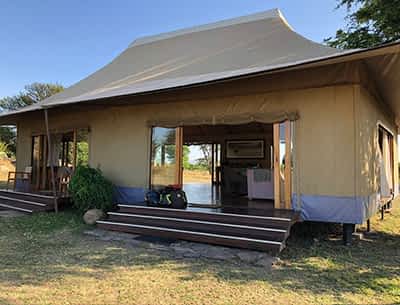 Sayari offers a superior guiding experience in this beautiful wildlife region. The camp’s latest upgrade includes a plush library and information center which incorporates a rich cultural focus on the colorful Kuria tribe who call the northern Serengeti home. 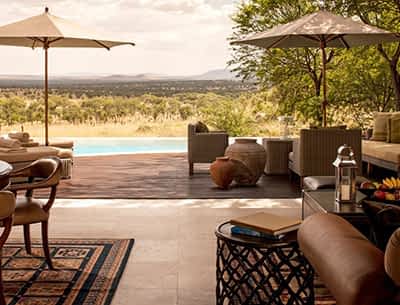 Perched on a series of elevated platforms and walkways, this Lodge sits next to an animal watering hole, where you can watch a family of elephants stop for their morning drink as you sip your own out on your room’s private balcony.